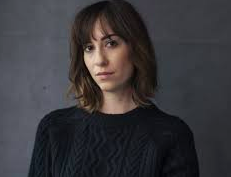 Representing five generations of the family Coppola in the film industry, Gia Coppola is not only an accomplished filmmaker, she’s also a talented photographer. Born and raised in Los Angeles by her mother Jacqui Getty, Gia graduated from Bard College in 2009 with a Bachelor of Fine Arts in Photography. Her artistic tendency was to use the camera with personal style, casually documenting life within her field of vision. When asked to be in a video by a friend, she declined. The friend challenged her to make her own video instead, launching her into the ‘behind-the-camera action’ and following in the footsteps of her grandfather, her grandmother, her aunt Sofia Coppola and her uncle Roman Coppola. In 2014, Gia made her directorial film debut with “Palo Alto,” based on James Franco’s collection of short stories.