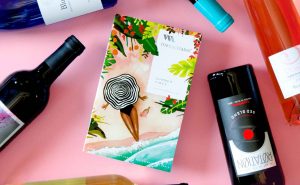 From barley wine to fruit wine, the term “wine” is thrown around quite a lot….