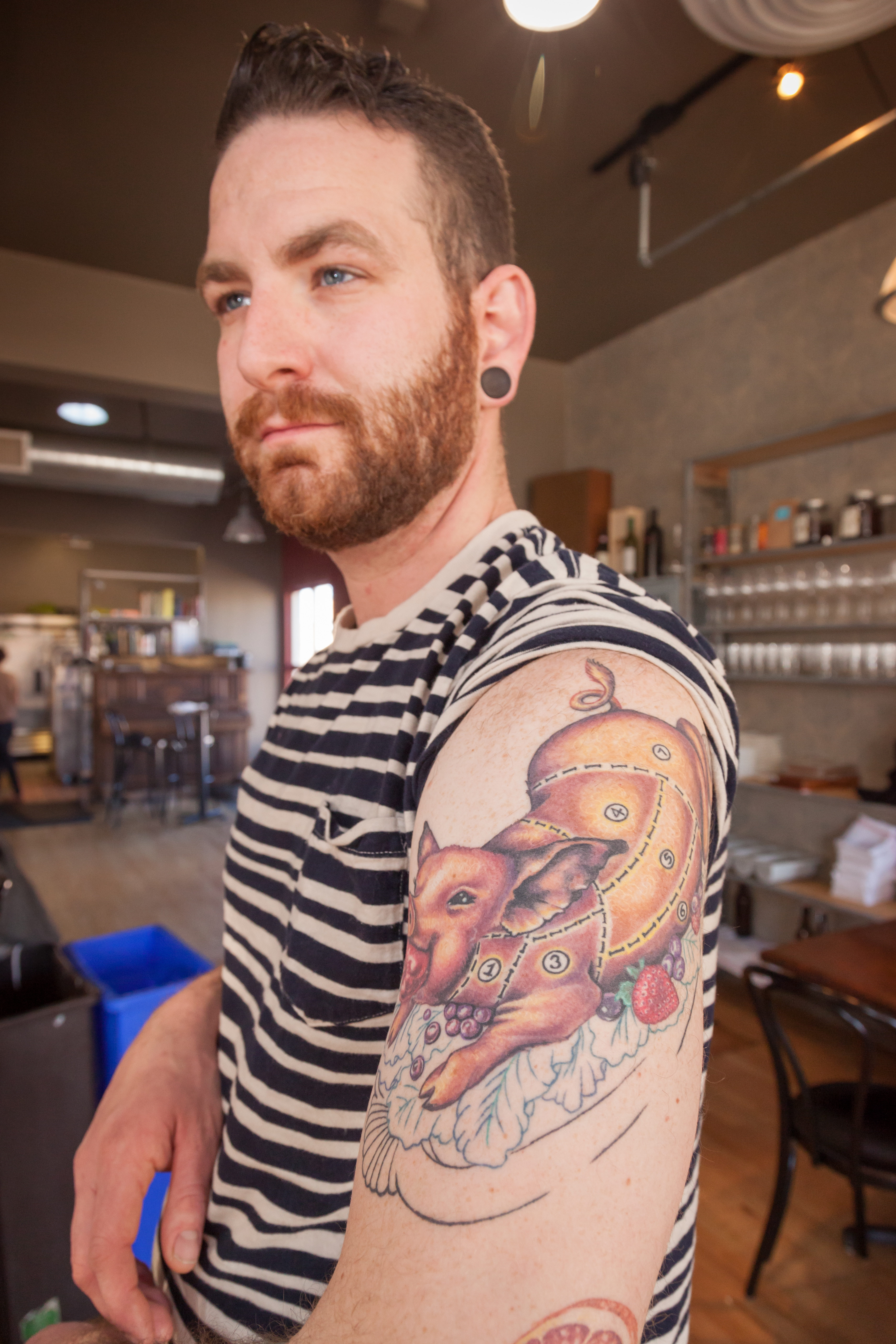 Chef and co/owner of The Populist in Denver, CO, Jonathan Power got his start in the kitchen behind the counter of a subway franchise. Power eventually teamed up with Noah Price, the owner of a popular coffee shop, and together the two opened up The Populist- a small-plate American restaurant with a seasonally influenced menu featuring a nightly chef's tasting menu. Power spends his free time (and money) adding to his tattoo sleeve, a homage to some of favorite vegetables, which ends with a primal cut roasted pig posed "pin-up" style on his shoulder.